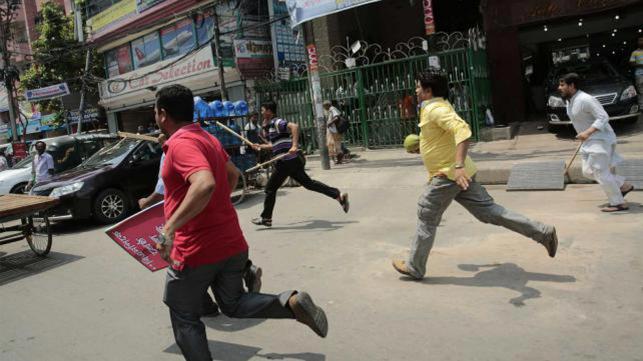 Activists of BNP and its associate bodies again chased a group of ‘Asol BNP’ supporters near the party’s Naya Paltan central office in the capital on Tuesday, foiling the latter’s move to enter it, says news agency UNB. 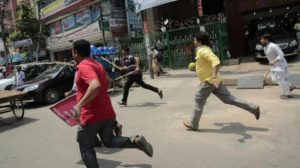 This was the third attempt of Asol BNP, a group which claims to be the true BNP, in the last five months to capture the BNP office.
Witnesses said a group of 10-12 supporters of ‘Asol BNP’ marched towards the BNP office from Bijoynagar Nightingale crossing around 1:15pm with a banner inscribed with ‘Showdown of Revolution. 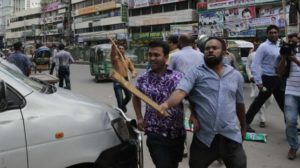 They also chanted slogans in favour of their leader Kamrul Hasan Nasim, self-declared convener of the Asol BNP.
As they reached near Ananda Community Centre, some BNP and JCD activists chased them with sticks. In the face of strong challenge, Asol BNP men fled the scene.

“At the behest of the government, they’re making evil attempts to capture BNP’s central office.”
Earlier on 2 and 17 January, the same group made abortive attempts to occupy the BNP office.