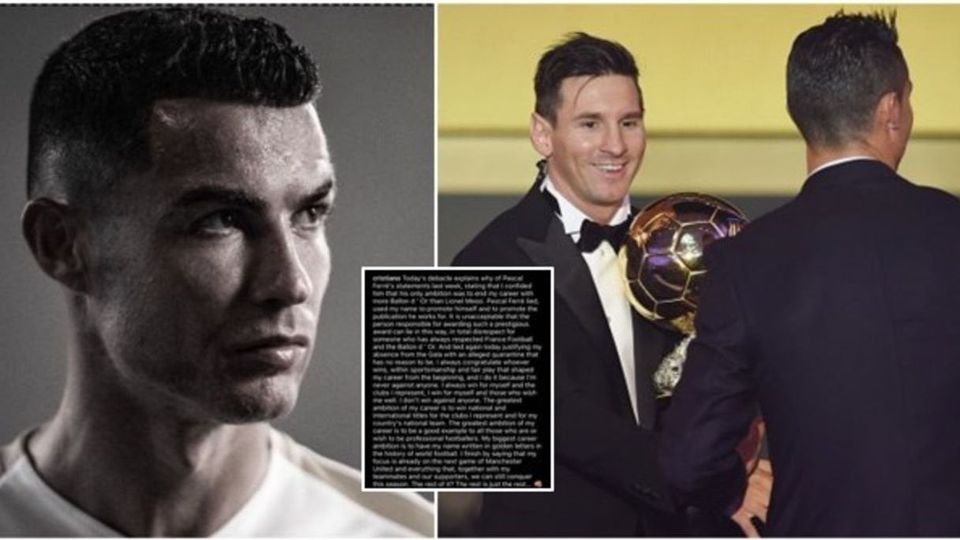 Kriralok Desk: Journalist Kamrul Hasan Nasim wrote a huge message in his social timeline taking the side of Cristiano Ronaldo. He said that Cristiano should reject his 5 Ballon d’Ors.

“In fact, why should the best Ronaldo of all time be judged by Ballon? When Messi leaves the game, I’m sure there will be more goals for the national team, goals in the Champions League and official goals than for Cristiano, which he can’t bring or write next to the name. Will Messi be able to show more goals in the league than Ronaldo? Did Messi score more goals in La Liga than Ronaldo when they played together in Spain?”

“Many will say, Messi is a ball player. Knows how to assist. The answer is, if Ronaldo hadn’t changed his style of playing, there would have been tens of thousands of assists with his current dribble. Which he once did in Man U. He was not even a goal machine when he went to show that. And Messi? Go up the attack on the right side and go left in front of the D-box, then score with the left foot. The same image of about 300 goals if you go to YouTube. Does his right leg work? What is the number of his goals in the right foot? What is the number of goals with his head?”

“As a result, a total of 5 Ballons have been gifted to Leo. He deserves 2. Behind his success is the football mafia. Every effort has been made to hand over the 2014 World Cup to him. Although nature did not allow it to happen.”

“In the 2020-21 season, French football did not see the shame of Barca’s 8 goals. They have seen how Messi has picked up the balloon by capitalizing on meaningless events like Copa American title by paying Conmebol and the Brazilian Football Federation.”

“It is meaningless. What is the point of taking 4 out of 5 teams from two groups to the quarter finals? Besides, this time they did not invite anyone from another continent to play. Which, of course, made the video an overnight sensation. This event is being held every year again lately! Hey, Messi should have won the Copa at 4/5 in his career. The value of the 4 Copa American title will go to the level of winning one Euro.”

“Yes, Leva was the best performer for two consecutive years (2020-21). But one day history will tell, the Lever children will say, “No, you weren’t a very good player.” There is no balloon next to your name! Then Leva might say, I couldn’t do it for the real Cristiano, I couldn’t do it for the evil activities of the endless arrangement of the fake energy behind Messi.”

“One thing to keep in mind is that consistency is essential for setting any world record. In the 2020-21 season, Ronaldo could not break the record of scoring the most goals for the national team! Or, the official goal was stuck! But he did set the world record. He did not stop.”

“Cristiano also scored goal after goal last season. The Italian has scored the most goals in Serie A with 29 goals. He was also the best goal scorer in Euro with 5 goals. He has set a world record, that number is also 10. After Lever, he was successful again. But, the French magazine wanted to tell him No. 6, we are not with you. Therefore, Ronaldo should return the honor of Ballon. He has been deprived of a total of 4 balloons so far. This time the lever was due. Everyone knows Mafia Perez was behind getting Luka Modric (2018). It’s time to honor the people who gave Messi 7 balloons for playing a very ordinary game. In what name? As fraudsters and thieves. Gallon with stool – this is the name they should be rewarded with.”