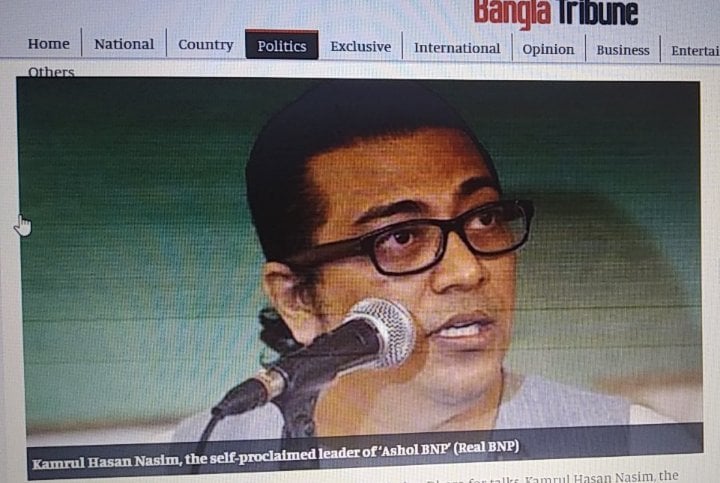 After the government invited Jatiya Oikya Front and Bikalpa Dhara for talks, Kamrul Hasan Nasim, the self-proclaimed leader of ‘Asol BNP’ (Real BNP), has written to the prime minister seeking an audience with her.
In this letter, handed over to the Awami League chief’s office on Wednesday, Nasim has described himself as the ‘initiator of reforms in BNP’.
Members of Nasim’s initiatives, Jahir Uddin and poet Mehrab Piash handed the letter to Awami League General Secretary Obaidul Quader. Nasim wrote in his letter that unlike others, he is not worried about the upcoming general election.
Calling on the prime minister for a dialogue, Nasim claimed that 60 percent of BNP leaders and activists were with him and he will only bring them forward when the time is right.
Nasim also said that he will feel comfortable going alone for the talks with Awami League and Prime Minister Sheikh Hasina.
(Source : This news was published in Bangla Tribune on 31st October, 2018)
Next articleK H N Secretariat; Night view ! Previous articleLucifer (Iblis) wanted his team to remain strong !