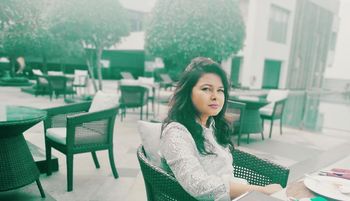 “Last year, we were shooting for film ‘Mohini’ in Thailand and Singapore. Only 10% has been completed for this film”, Arin said. “Next year (2022), we will complete our rest 90% of the work”, she added.

She also said that next year (2022), they will be shooting in Kolkata and Bangladesh for film ‘Mohini’.

Aysha Arin said that this year (2021), in the upcoming month of November, Boistwami will be busy in making a new short film. Its duration will be of 50 minutes. Shooting will be started from 14th November and end in 22nd November.  This film will be made for television satellite.