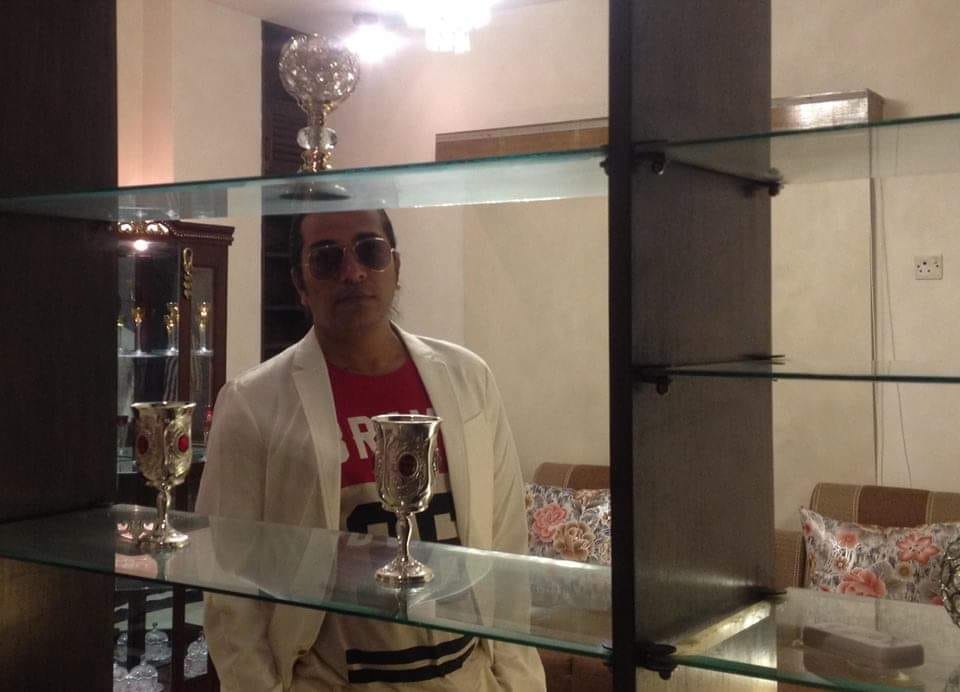 Kamrul Hasan Nasim dreamed of making six films for long days. For the first time he thought of making a telefilm with the topic of the interminable story of the band world of Bangladesh named ‘Shilpi Shotta’. Later, in 2016 he first started his shooting for the telefilm. He took actor Shotabdi, Nowshin, Hillol and a lot of other actors to run the film.It was literally wonderful to work with all of them. The most focusing character of the film was named as ‘Peter Michel’ and he, himself played the role of it!

The shooting of ‘Shilpi Shotta’ was running for three years.In 2018,Kamrul Hasan Nasim got no perfect actor to work as Peter Michel and he decided that he himself will do the character.The telefilm was full of suspence and singers.

Later he took more actors to make the film  better.

After the ending of the shooting and the film was ready, Kamrul Hasan Nasim threw a huge premier show.

After the premier show was over,  people of Bangladesh really got curious when they got to see the trailer in the media like the television news, newspapers and online. Many magazines and online sites made many news about the film. People got more excited when they saw Kamrul Hasan Nasim as the character of Peter Michel.

The link of the trailer is given below-