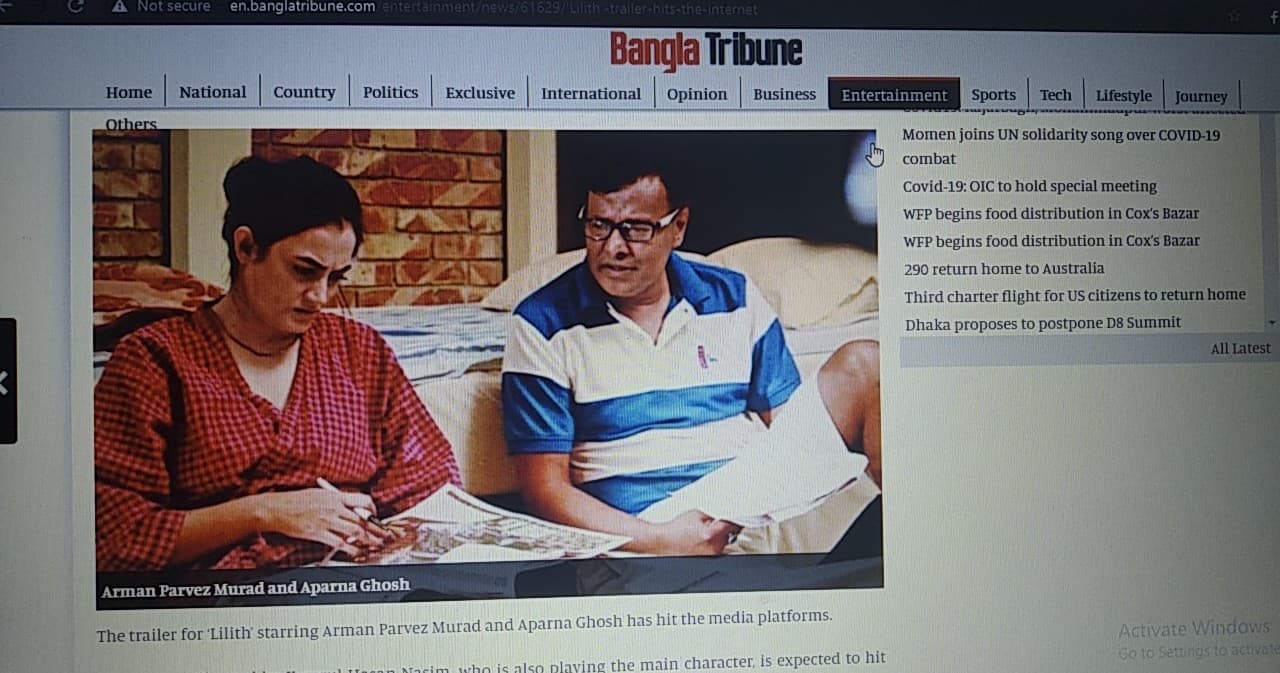 The trailer for ‘Lilith’ starring Arman Parvez Murad and Aparna Ghosh has hit the media platforms.

The cinema directed by Kamrul Hasan Nasim, who is also playing the main character, is expected to hit international theatres soon.

The nearly three minute trailer suggests that ‘Lilith,’ named after the mythical character is likely to stand out from mainstream cinema with its spiritual and somewhat philosophical storyline tinged with a bit of horror.

Terming the work as ‘movie of the planet,’ the director said, “The audience won’t understand much about the movie from the trailer.”

He added that although it seems like a horror movie at first glance, “the audience will be in a spiritual bliss” by the end of it.

Nasim confirmed that ‘Lilith’s’ world premier will be held at America’s Los Angeles in September this year and will be screened at various festivals across the world.

Saying that the movie is unlikely to be released in the country, he added, “The audience for this kind of cinema is very limited.”

However, a screening will be arranged for the media soon.