Home What’s going on with the BNP? 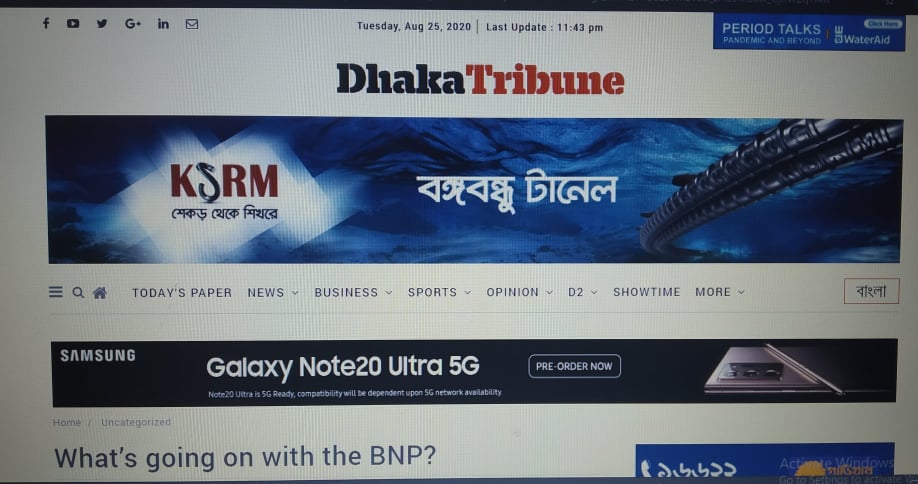 What is the Asol BNP?

Asol BNP is an offshoot of the Bangladesh Nationalist Party led by Kamrul Hasan Nasim, who gained notoriety on January 9 last year when he declared the BNP of Khaleda and Tarique Rahman “illegal.”

The little known outsider claims he is restoring the BNP to the original principles of founder Ziaur Rahman.

He has been barred entry to the BNP’s Nayapaltan headquarters on several occasions due to resistance by Chhatra Dal leaders and activists.

He has claimed to be a Krishak Dal member, but Krishak Dal leaders deny he was ever a member.

Some have claimed that he is funded and patronised by supporters of the ruling party to split the BNP, but this has not been substantiated.

After being expelled from the BNP, Huda formed the Bangladesh Nationalist Front (BNF) and then the Bangladesh Manobodhikar Party (BMP) before establishing the BNA.

Nazmul was later expelled from his brainchild, the BNF.

One of the BNP’s founders, Nazmul has a record of returning to the BNP despite several expulsions from the party.

After a year-long silence, Huda recently expressed a willingness to join the Awami League led-alliance.

What does BNP rank and file think of all this?

The average BNP supporter feels that splinter factions and their leaders will not be very successful.

They cite the experience of Prof Badrudozza Chowdhury, Col (retd) Oli Ahmed and other senior leaders who have left the party over the years, but subsequently failed to make an impact on either national politics or the BNP. They tend to disappear from the public consciousness, BNP supporters point out.

Is there a split/schism within the BNP?

While the party has not split, serious distrust between party leaders and activists has been a persistent problem.

What does this mean for the future of the BNP?

The party is in the midst of a crisis fuelled by distrust and a series of embarrassing decisions, including the decision to boycott national elections in 2014 and to run a pitiless blockade in 2015.

Very little organisational work has been done by the party in a very long time.

And inactivity, insiders and observers alike say, is probably the worst thing that can happen to a political party.